Ashley was selected by British Fencing to be part of the Great Britain squad to compete in Budapest last weekend.

This was an incredible achievement, especially with Ashley being one of the youngest competitors at just 13 years old in an Under 17 competition. The level of fencing at the event was extremely high, but this did not phase Ashley. He fenced exceedingly well, winning twice in the group stage which allowed him to progress to the direct elimination stage where he lost to one of the top ranked competitors.

Ashley came away from his experience with many positives and a few lessons learned for his build up to Cabries, France, in December. Good luck Ashley! We are unbelievably proud! 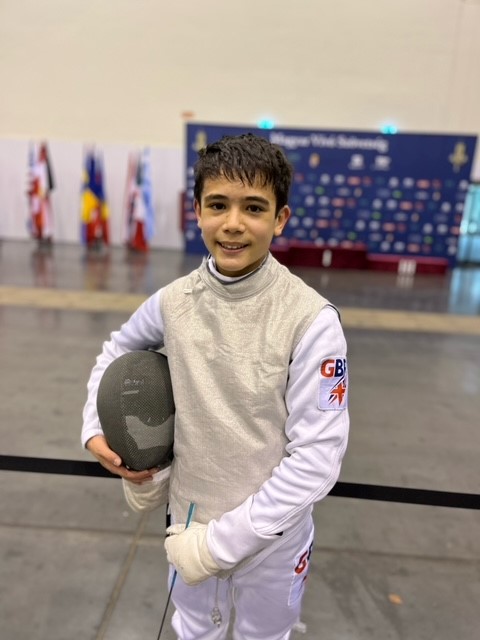